We work closely with Insolvency Practitioners and clients to recover company debt and have operated in this sector for many years.
We have a particular specialism in Overdrawn Director Loan Account recoveries, working hand in hand with the Insolvency Practitioner and the impacted Directors to deliver fair, workable settlements for all stakeholders.

The director’s loan account is a record of the DRAWINGS transactions between the director and the company itself, excluding salary and dividends. At the end of each financial year this account needs to be reconciled and paid, or more tax will become due. 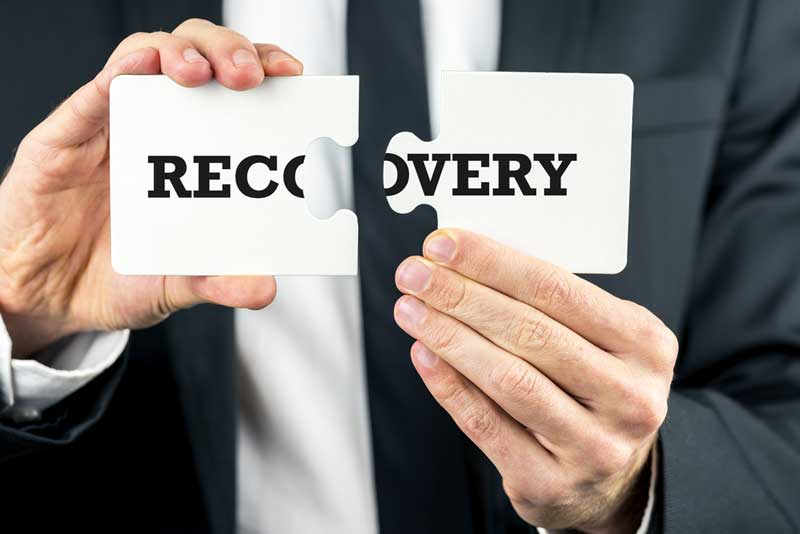 The company will probably have made a profit and this after-tax profit is then voted and distributed in the form of DIVIDENDS to the shareholders. This is NOT a salary. The director has already borrowed the money OVER 12 MONTHS, so no cash is paid as dividends; instead, the DIVIDENDS CANCEL OUT THE DRAWINGS.

All this is fine, provided the company makes a profit and pays corporation tax before allocating dividends to cancel out the loan. But if the company struggles and is not making a profit and therefore cannot pay dividends to shareholders, then the result is that the director owes this sum back to the company as a loan called an Overdrawn Director’s Loan Account.

This could lead to the director owing more to the company and the company having to pay tax.

The most common cause of an overdrawn director’s loan account is when, acting on tax advice, the director’s income is derived from a small salary and is topped up by taking dividends, which attract a lower income tax rate.  Dividends are paid out of what are called distributable reserves.  Normally, directors would take drawings every month, but the problems start when the company stops making profits.

Note: If the company has no distributable reserves, it cannot pay dividends. So, if your company’s balance sheet starts a year with nil or negative reserves, and if you make no profit, you should STOP taking dividends as soon as you become aware. You should not take drawings that cannot be covered by non-existent dividends as essentially you are taking the company’s money out as a loan, AND THEREFORE YOU OWE IT BACK AS A DEBTOR.

If you, the director, loan money to your company, it brings the DLA back to zero or into credit, only if the money is paid into the company bank account.

Money can be borrowed from a company by the director as long as the company is solvent (free of financial difficulty) and, the rules are followed as per the Companies Act 2006 and the company’s articles of association. Shareholders must approve loans between the amounts of £10,000 and £50,000, with directors agreeing to the loan terms.

Do Director’s Loans need to be paid back?

There are implications if the loan is not paid back:

There are limited cases where it is possible to have a DLA written off:

If the overdrawn directors loan account remains after the period of which it needs to have been repaid, then a penal rate of tax (called Section 455) will be charged at a rate of 32.5%. Note: you may be able to have the payment refunded if the charge is paid on time. But if it is nine months and a day after the company’s year-end and the loan account cannot be repaid then HMRC will charge interest on the loan, which will mount up until the S455 corporation tax or the director’s loan account is repaid. At this point, only the corporation tax can be reclaimed not the interest paid (which is at a rate of 3-4%).

In summary, the director will be taxed on the benefit received.

In the company’s accounts disclosure of the loan to directors is always required. This is usually termed “other debtors” in the accounts. If your DLA becomes overdrawn, then the tax returns filed should reflect the amounts owed and tax must be paid on any amount unable to be repaid prior to the nine months after the end of your accounting period.

What can be done about the Director’s loans if the company goes into any form of insolvency?

Three quarters (or more!) of UK directors have borrowed money from their company at some point in time, with serious implications arising if the loan cannot be repaid and the company becomes insolvent. Professional advice should be obtained as soon as possible.

Ultimately, if a company goes into a form of insolvency and the loan account is outstanding, the appointed liquidator or CVA supervisor will look to recover the debt for the benefit of the creditors.

In such circumstances, options include:

It is vital to remember, if your company is insolvent, dividends must not be taken from the company accounts as this will worsen the current overdrawn director’s loan account.

What happens to the Director’s loan account in Liquidation?

The liquidator will demand that directors repay their debt to the company for the benefit of the creditors. Legal action can be taken to make directors pay this, which could even lead to personal bankruptcy. Your personal means may need to be ascertained by the liquidator to determine if you cannot afford to repay the loan. It is a liquidator’s duty to ensure the loan is repaid. In addition to this, the insolvency practitioner has a duty to investigate your conduct as a director before the insolvency or the lead-up to the company’s liquidation. The result could be disqualification of being a director of any company, for up to 15 years.

The safe way to pay yourself as a director/employee is through PAYE; the risky way is to take DRAWINGS and hope the company makes sufficient profit to pay a DIVIDEND that cancels out the loan annually.

The company is not YOU, despite you owning the shares. You are an employee of the company which is a separate legal entity to you and must pay tax on the salary you take if over the tax threshold. Any money you make from DIVIDENDS is also taxable under self-assessment.

If you take money out each month to live, these are called DRAWINGS, which is the company lending you money until you can repay it having received dividends.

Simply put, if the company doesn’t make a profit it cannot pay dividends. Then you owe the company the money you have borrowed.

We are a Scottish company who specialise in providing information and support to small and medium businesses throughout Scotland. We believe that your business is best served by a company that understands the local markets and has in depth knowledge of business recovery solutions and liquidation options.

Request a call back. FREE & confidential.